Leland is a city in Washington County, Mississippi. The population was 4,790 at the 2008 census.

The town is located in the heart of the Mississippi Delta on the banks of Deer Creek, which is decorated each Christmas season with floats that bring visitors from afar to view the colorful displays.

Farming is the basis of the local economy. Mississippi State University and the federal government maintain an agriculture research station at Stoneville on Leland’s outskirts. Cotton, soybeans and catfish are the leading crops.

Leland is in the heart of blues country and has produced a number of national and regionally famous blues musicians. Highway 61, mentioned in numerous blues recordings, runs through the town and gives its name to the community’s[1] blues museum. Leland is the burial place of the folk artist and blues musician James “Son” Thomas, who lived for many years along the railroad tracks. Thomas is buried beneath a gravestone donated by musician John Fogerty of Creedence Clearwater Revival.

Blues musician Johnny Winter was born in Leland on Feb. 23, 1944, to an Army officer and his wife. Winter is commemorated on a plaque in the community that is part of the Mississippi Blues Trail.

The community is the birthplace of Kermit the Frog, a Muppet created by Jim Henson, who was born in nearby Greenville. The city has a museum along the banks of Deer Creek celebrating Henson’s accomplishments.

There were 1,943 households out of which 36.9% had children under the age of 18 living with them, 38.9% were married couples living together, 27.7% had a female householder with no husband present, and 27.2% were non-families. 24.2% of all households were made up of individuals and 11.1% had someone living alone who was 65 years of age or older. The average household size was 2.82 and the average family size was 3.35.

The City of Leland is served by the Leland School District. Leland High School is the sole high school. 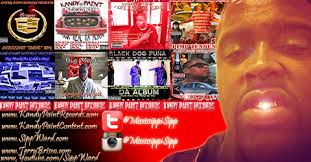 Nigga I Was Raised In Da Delta
Im A Mississippi Boy ( A Mississippi Boy)
I Was Raised In Muddy Waters Cause Ima Mississippi Boy
Verse 1
53secs
How many Niggas dat done died Like Dis Baton Rouge
How many yall dat done cried at yo Grand Ma Fune
They Dewing Time My Friends
Im Stacking Iron No Benz
Still CadillacN Haters Calling I aint ANSWERING..
My favorite rat was Big Ben
I Bought A Chicken Pin
Raised Dutty by dat Mack,He Had A Asthma Attack
Maddea she Lost Da Money On Da Boat
Buy Da Car,Flood Da House
Bitch Lets Take Dat Shit To Court
Now Who Better Then Dat Sipp Ward
Shenetta Pretty Bitch Made My Dick Hard
A Long Time Ago I had alot of Dreams
Counting Cheese In My Sleep Lets 1 Deep Creep
ILL Sneak But I aint Snuck You,Jack Knife Then Fuck U
Bwoy Headed Up Nawf With a One Way Ticket
Child Please Like Juvenile im 400 Degreez
IM Da Playa From Dat Le-Land Raised On Jackson Street

Nigga I Was Raised In Da Delta
Im A Mississippi Boy ( A Mississippi Boy)
I Was Raised In Muddy Waters Cause Ima Mississippi Boy
Verse 3
03:23secs
Lord Knows Picutre Sipp Balling
Im in Leland With dem Young Guls Calling
Perocet and Syrup when they carry me
4 Cadillacs with Flat Screens when they bury me
I Fall on my knees to no figure
Trapped in da city raised by dem dope dealers
James Terry is my Pop and Backa Chewing Black Ree
Grew up became a Pimp meditating on how to stack Cheese
“Screens Fall Down Slow
Im Just Letting Dem Boys Know,Im Just Letting Dem Boys Know”
Where Im Coming From SO you niggas better resepct me”
Who Better than dat Mother Fucking Sipp Ward
Shennetta Dat Pretty Bitch She Make my Dick Hard
Say Lil Daddy What u want from ME,Ima Mississippi BWOY

4:38 Talk Song out with counties

Leading Single “2 Big For A Coupe”

True Playas, Pimps, Hustlas and Fans of Down South Hardcore Reality Rap know rapper Artist/Ceo Mississippi Sipp Of Kandy Paint Records talent and street fame like they know their own. As a Yung 27yr old Player from the South and CEO of Kandy Paint Records Mississippi Sipp blazed the scene for local popular Southern rap acts such as Lower 9,BDP(BLACK DOGG POSSE),754 Boyz,Needle in a Haystack and countless of others to follow. As a Ceo,Artist,Song Writer,Producer,Graphix Designer and a Trill Hustler the LELAND MISSISSIPPI native is on the come up and is literally helping mold the sound of Southern rap music, certain influences like Dj Screw, Master P,Juvenile,Baby,Lil-Keke,UGK,M r.Pookie,SUC,LIL FLIP,CED T,3-6 Mafia,Playa Fly,and many other Texas Rappers Help Gave “SIPP” DA NEW DOWN SOUTH SOUND. Born Terry “Terell” Brisco twenty-seven years ago in the small town of Leland Mississippi born & raised in the rough and tumble neighborhood of Black Dog where he experienced the various ups and down associated with being a young Black male growing up Down South. Like many southern areas in the late 80s Leland,Mississippi was hit with a crack epidemic that turned the once peaceful town upside down. Drugs and violence became a common place and “SIPP” struggled to avoid the traps that the Streets and Court System set up for young black men.