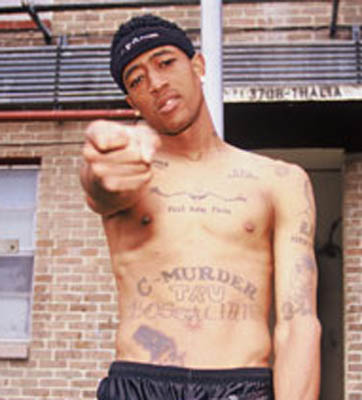 The Supreme Court has denied C-Murder’s appeal and the rapper will have to serve out the remainder of his prison term. C-Murder was hoping to have his conviction on murder charges overturned because he was found guilty by a non-unanimous jury verdict.

While federal juries require a unanimous verdict in criminal cases, Louisiana and Oregon allow non-unanimous convictions for some crimes, according to US News. The Louisiana jury that dealt with C-Murder’s case came in with a vote of 10-2 in favor of conviction.

The rapper was accused in 2002 of the 2nd degree murder of a 16-year-old fan at a Louisiana night club and sentenced to life in prison after a lengthy trial which ended when the judged demanded a verdict from the jury.

C-Murder launched into the appeals process arguing that the judged should have called a mistrial when the jury was unable to come to verdict.

In September 2003, Miller was convicted for the 2002 beating and fatal shooting of a fan, 16-year-old Steve Thomas, at a Harvey, Louisiana nightclub. However, Judge Martha Sassone granted a new trial based on the claim that prosecutors improperly withheld criminal background information on three of their witnesses.

While awaiting re-trial Miller was placed under house arrest. Sassone allowed Miller to promote his new yet to be titled CD and novel, Death Around the Corner, while under house arrest, but ruled that a gag order pertaining to the case would remain in effect. The terms of the house arrest required Sassone’s permission for all visitors, including reporters.[3][4]

On March 13, 2007, Judge Sassone granted Miller’s request to work on his music career on a per request basis, but denied his request for a 7:00 a.m. to 9:00 p.m. curfew.[5] Sassone’s rulings in the case became an issue in her failed 2008 bid for re-election. Sassone was defeated by Judge Ellen Kovach; prosecutors subsequently renewed a request to have Miller returned to jail.[6] During January 2009, Corey Miller was confined to his residence on house arrest, and could only leave for a documented medical emergency.

On May 27, 2009, Miller pled no contest to two counts of attempted second degree murder. These charges stem from a 2001 incident in Baton Rouge in which Miller fired shots from a semi-automatic pistol at the owner and bouncer of a night club who refused to allow Miller to enter the business with the gun. C-Murder was sentenced to ten years with credit for time served.[7] An alleged surveillance video of the incident was posted on AllHipHop.com.

On August 5, 2009, the murder trial began. The father of the victim spoke of his son being a huge fan of C-Murder before the incident. A bouncer had also testified against C-Murder claiming to have witnessed every moment of the shooting, he says he fears for repercussions of testifying and prosecutors have also made claims of C-Murder’s associates threatening many other witnesses from this case.[8] On August 10, 2009, the jury reported being deadlocked, but Judge Hans Liljeberg instructed them to attempt to resolve the deadlock. Three hours later, the jury returned to announce it had reached a 10-2 guilty verdict. The judge suspected that, given the deadlock announced earlier followed by the quick reversal, one of the jurors decided to switch under pressure to end the trial and instructed the jury to go back and deliberate on the case longer.[9] When they came back, with the same verdict, Miller was convicted of second-degree murder charges with a 10-2 verdict.[10] During sentencing the victim’s father was quoted as saying “I’m not rejoicing. I feel bad for [Miller’s] family. But at least they can see him. What have we got but a gravesite and a photograph?”[11] C-Murder was sentenced on August 14 by District Judge Hans Liljeberg to mandatory life imprisonment.[12]

On August 27, 2009, Ernest Johnson, president of the Louisiana NAACP, requested an investigation into the jury deliberations.[13] C-Murder’s financial woes have reportedly landed him the help of two Harvard attorneys, one of them Ronald Sullivan, who have agreed to assist with his appeal. One of the jurors, Mary Jacob, said that both she and a fellow juror, a 20-year old Xavier student, were verbally abused by fellow jurors for their decision to acquit. According to Jacobs, the abuse resulted in her switching her verdict, saying “They literally made this 20-year-old girl so violently ill, she was shaking so bad. She ran into the bathroom. She was throwing her guts up. She couldn’t function anymore. That’s when I decided, the judge don’t want to listen to me, doesn’t want to listen to us? I told them, ‘You want him to be guilty? He’s guilty; now let’s get the hell out of here.'” This account was partially confirmed by another juror. In Louisiana, a 10-2 consensus is sufficient for conviction but a 9-3 consensus results in a mistrial.[14] As a result, Miller appealed the conviction. On December 28, 2011, his conviction was upheld.

Posted in Artist Of The Week